Truth is an important part of our democracy. The American people cannot vote effectively without knowing the truth of what’s going on. Further, it is impossible to determine if the government has our best interests at heart if we do not know the truth.

Veritas is a Latin phrase for “truth conquers all things.”

Twitter has proven once and for all that they don’t know what truth is. And they don’t care. They’ve decided that they’re going to be a liberal lie platform. Forget about truth. If it allows for the ultimate spread of misinformation, they’re in.

Twitter has decided to go all-in with the lies. They’ll create terms and conditions that allow them to determine what is and isn’t true. It will make it so that they can hide behind their T&C clauses to ban anyone who doesn’t have a liberal agenda to spew at unsuspecting Americans.

Project Veritas, an entirely online publication designed to spread the truth, has been suspended from Twitter. They’ve been forced to delete their tweets.

How is Twitter allowed to continue operating? Clearly, they’re not a social media platform. They might as well be an offshoot of CNN or CNBC at this point. They’ll only allow the leftist ridiculousness to grace their servers.

James O’Keefe, the conservative journalist behind Project Veritas has had his Twitter account suspended right along with the publication itself.

Why? According to Twitter, they were in violation of posting private information.

Private? Really? Anything that is online is questionable in terms of whether it’s really private. The tweets in question link to a 53-second YouTube video where a Facebook VP refused to comment to a Veritas journalist.

How is it that asking someone a question is a violation of posting private information? At that point, it would mean that literally, any video of anyone being questioned without their authority would be off-limits on Twitter. However, videos of Trump, Cruz, and countless other GOP are allowed to circulate every day.

Even videos of AOC and liberals are allowed.

No, the problem is not that it violated the posting of private information. It’s that the video specifically targeted Guy Rosen, who is the VP of Integrity at Facebook. 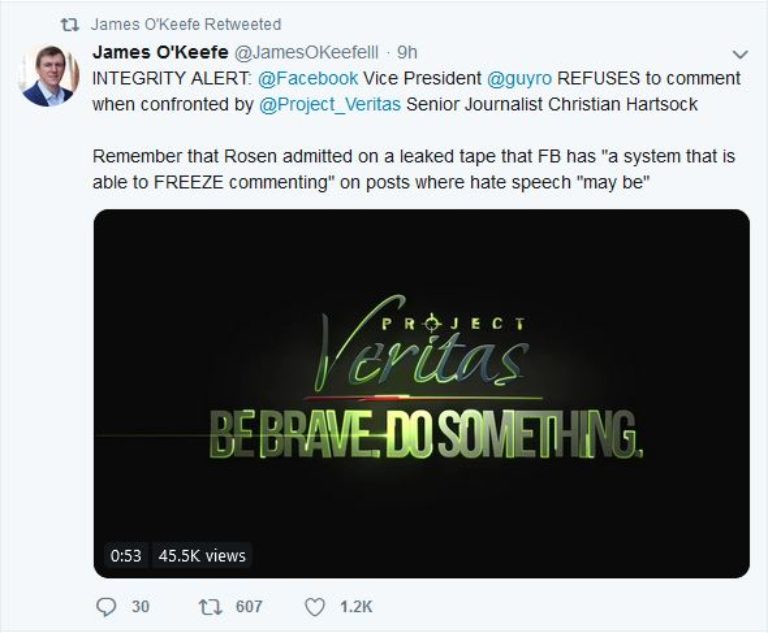 Integrity. You know, one of the guys responsible for determining if Facebook is running on the up and up.

Uh oh. It appears that Project Veritas is doing its job. They’re getting too close to the truth. If they find out about Facebook, surely, they’ll find out about Twitter. 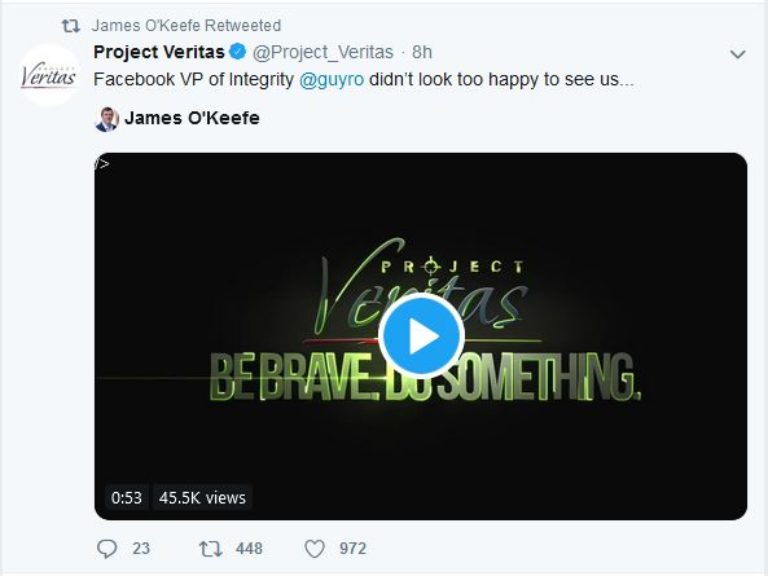 Oh, but wait…there’s a brief moment where Rosen’s home address number is visible. Just the address number. Not the street name. Not the city. Literally just a few numbers on a house.

If Project Veritas were to suddenly blur that number in their video, would the video be allowed back on Twitter? Highly unlikely.

Twitter doesn’t like the video because it gets too close to the truth. The platform doesn’t like that Project Veritas is proving that social media isn’t simply a media outlet. They’re picking and choosing what media to display so that it fits the liberal agenda of the Biden administration.

Since when are house numbers off-limits? Did they bother to flag media outlets and riot groups when they shared a video of going to Senator Josh Hawley’s home? What about when they visited Ted Cruz’s home? Nope.

There were no accounts blocked when members of the GOP were being targeted.

Twitter is back to its double standard. Only the liberals can play dirty. The moment anyone who leans even slightly to the right tries to talk about truth, it’s marked as a violation or flat-out misinformation.

The reality is that Twitter doesn’t even care anymore. Banning Project Veritas is proof that they know that truth will conquer all – and they’re not interested in being conquered.

Were Georgia’s Elections ACTUALLY Tampered With?